The Sims Class Action has settled, subject to Court approval. The Notice of Proposed Settlement is downloaded by clicking here. 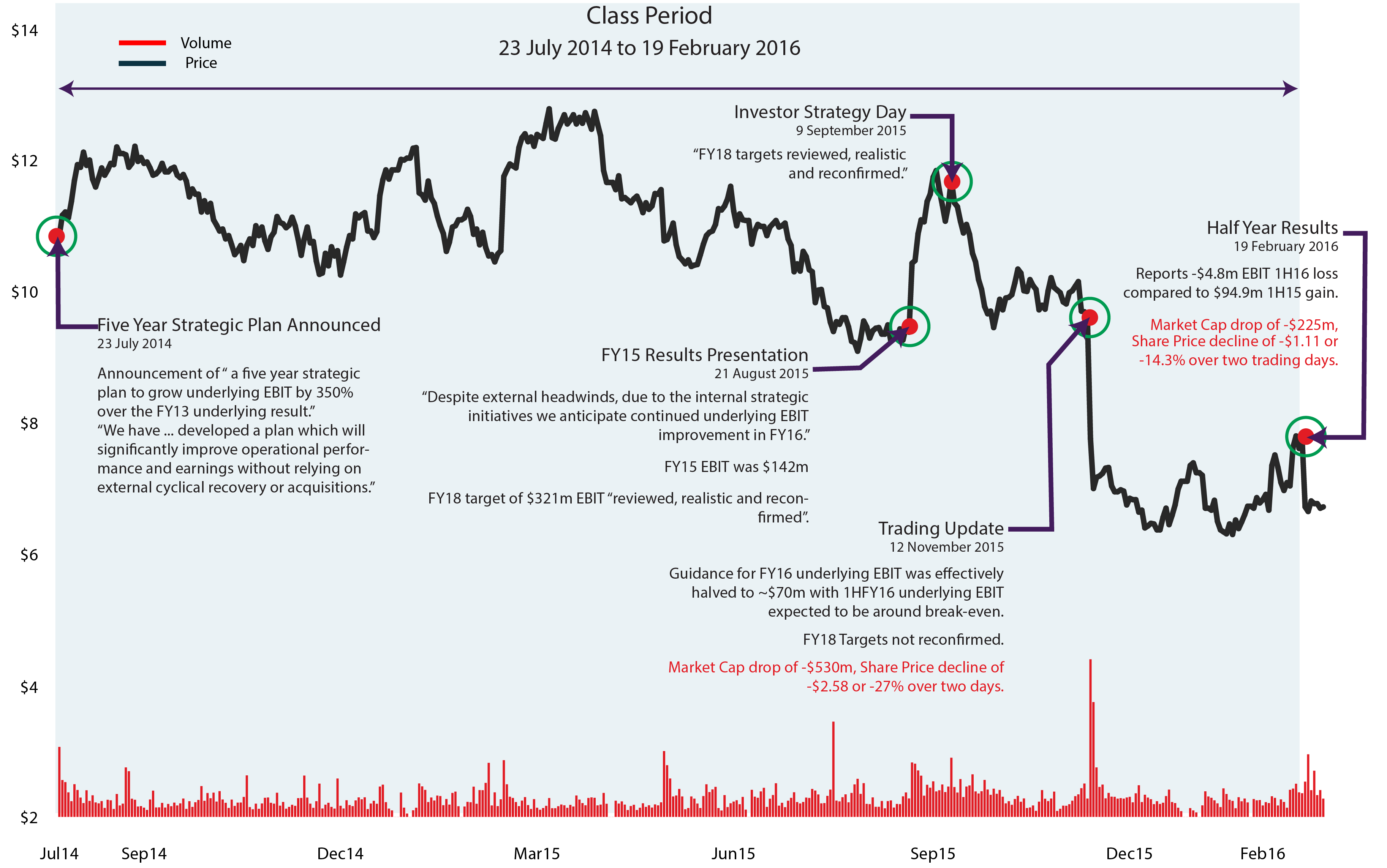 The claim relates to, amongst other things, Sims’ announcements concerning its “Five Year Plan” to “lift earnings before interest and tax (EBIT) by 350% over the FY13 underlying result” made in the current claim period. The Five Year Plan was first announced on 23 July 2014.

Parties who purchased shares in Sims Metal on or after: