ICP funded a shareholder class action ran by Johnson Winter Slattery on behalf of aggrieved Dick Smith investors who suffered losses due to alleged breaches of disclosure obligations and misleading and deceptive conduct, subject to sufficient interest from affected Dick Smith shareholders and the satisfactory completion of investigations. the proceedings were joined with a claim conducted by Corrs Chambers Westgarth, funded by Vannin Capital. 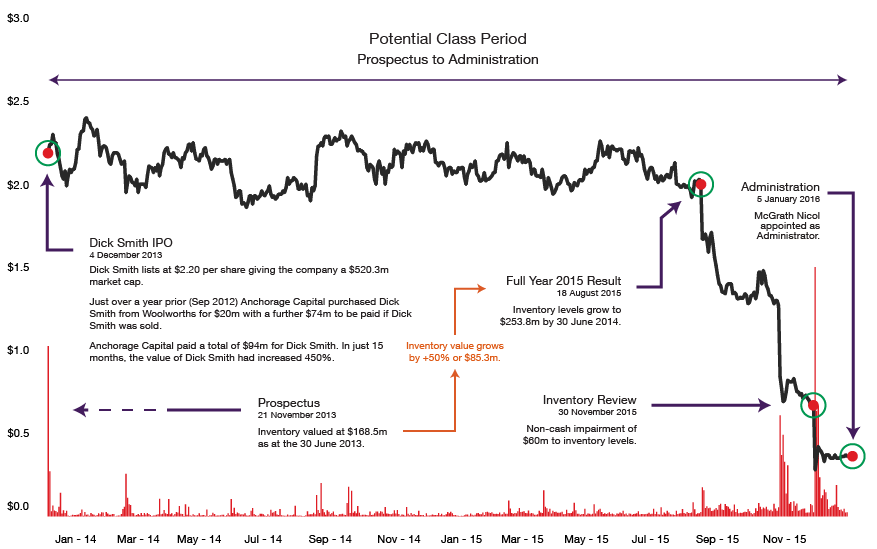 ICP Capital funded JWS to file a claim in the Federal Court seeking orders that the liquidator of DSH to provide business records including insurance and stock/rebate records to ICP’s client in accordance with sections 247(A) (i) and 486 of the Corporations Act relevant to ICP’s suspicion that DSH made representations in its Prospectus, and at various times in the period from its listing on the ASX until the appointment of Administrators, which gave a false impression to the market about the financial position of DSH and the value of DSH shares.

These representations arose, at least in part, by virtue of:

The claim has settled and settlement distribution has been finalised and paid out to registered, eligible class members.