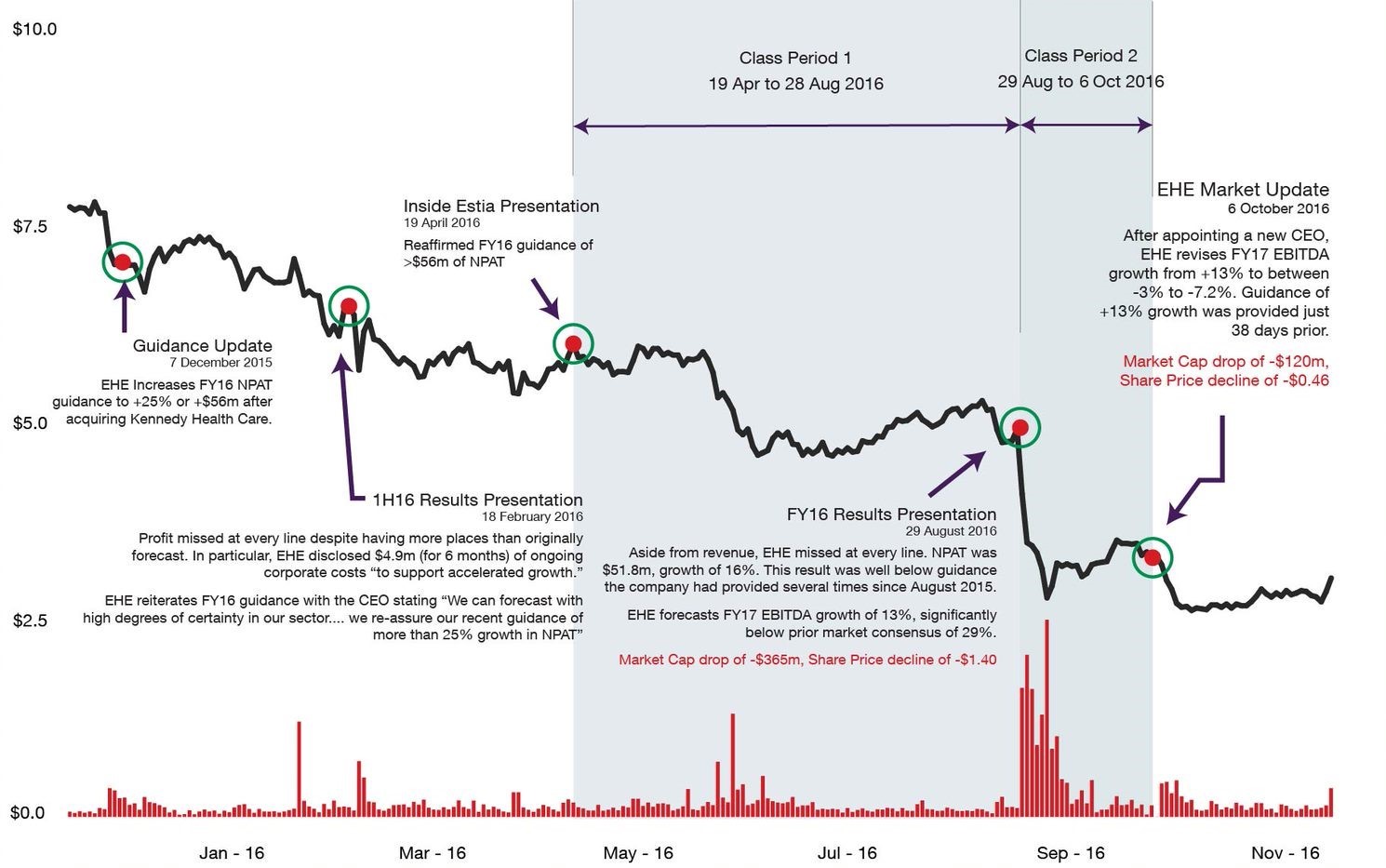 It was alleged that Estia Health Ltd (Estia) engaged in misleading or deceptive conduct, and breached its continuous disclosure obligations by:

Shareholders who acquired an interest in Estia shares traded on the ASX during the period 12 August 2015 and 9:52am on 6 October 2016 inclusive.

The claim has settled and settlement distribution has been finalised and paid out to registered, eligible class members.