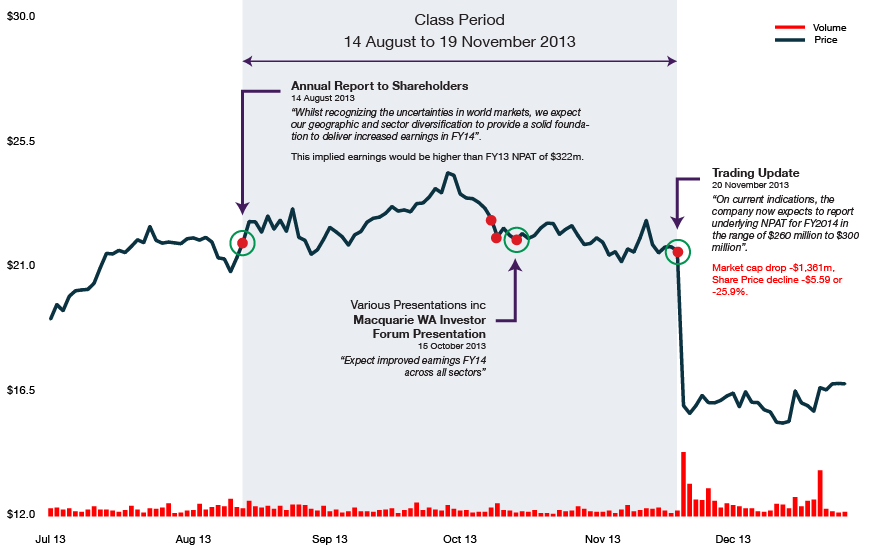 On 10 October 2013, WOR held a strategy presentation for the investment community, reiterating that it expected ‘improved earnings FY14 across all sectors’.

It is alleged that WOR failed to keep the market fully informed of its true earnings position and that it did not have reasonable grounds for making the forecasts in August and October 2013.

People who:
(a) acquired an interest in Worley Parson (‘WOR’) Securities during the period 14 August 2013 to 19 November 2013 (‘the Period’); and
(b) have, at the commencement of the proceeding, entered into a litigation funding agreement (‘LFA’) in relation to the proceeding.