ICP has agreed to fund a shareholder class action to be run by Quinn Emanuel Lawyers, on behalf of aggrieved Wellard investors.

If you suffered loss from investing in Wellard shares, you may have a claim.

Please note – this claim has been structured as a closed class action. This means that all WLD shareholders that purchased WLD shares during the Claim Period and suffered loss due to the price-adverse non-disclosed information but have not signed agreements with ICP and QE before the filing of the Class Action (being Monday 9 March 2020) with the Court, are not defined as class members. Only WLD shareholders that sign before and up to the filing date and have suffered applicable loss are class members, according to the definition of a class member as defined in the pleadings filed with the Court.

We may apply to the Court to have any “late signers” included. Inclusion will therefore be subject to Court approval. 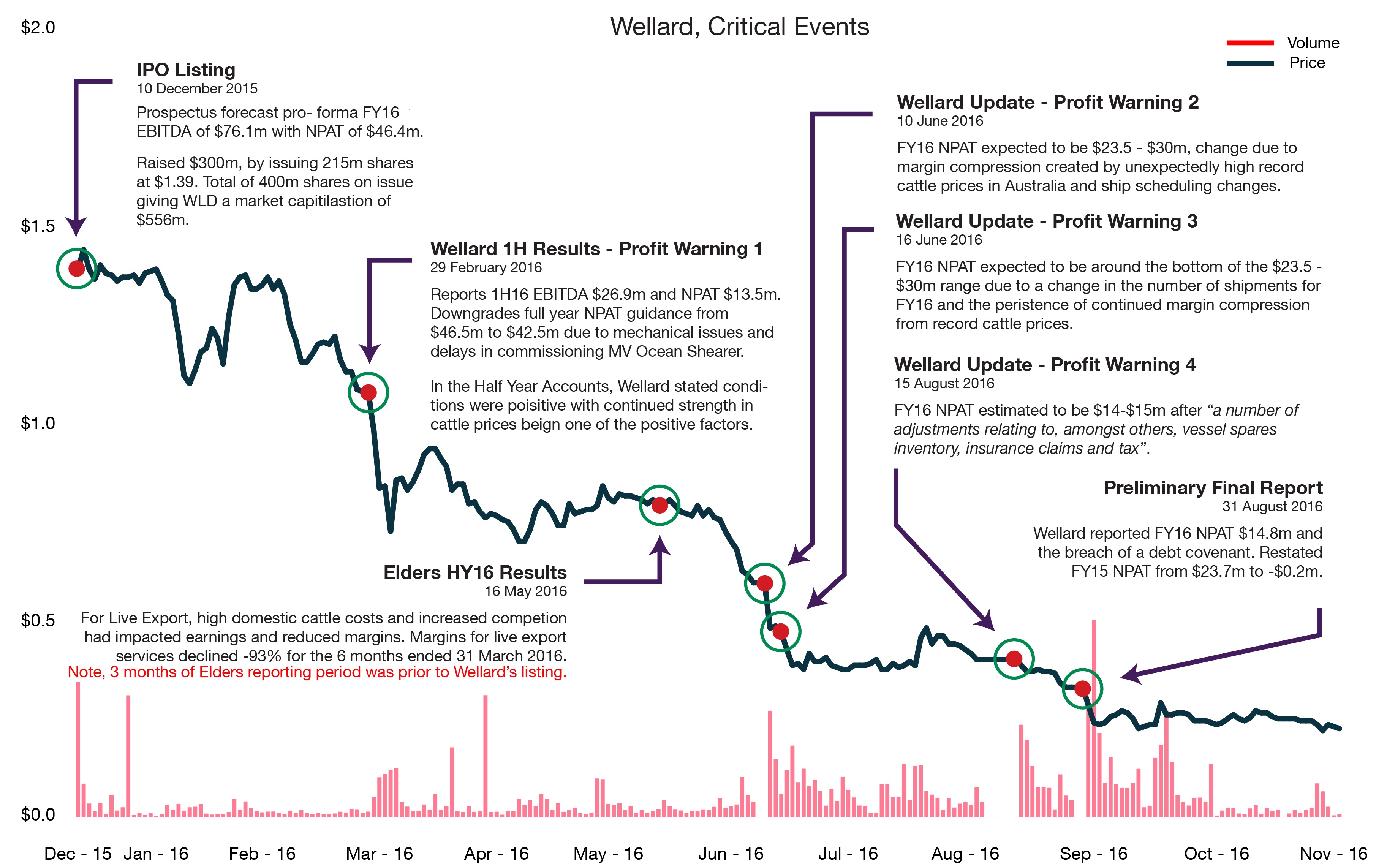 On 20 November 2015 Wellard lodged its prospectus which contained a short 8-month forecast for the balance FY16. This forecast implied gross profit margins would be similar to FY14 and FY15.

On 10 June 2016, Wellard revised NPAT guidance lower due to:

By no later than 20 November 2015, and during the Relevant Period:

Investors who acquired an interest:

Open, subject to Court approval to include latecomers as part of any application made by the Applicant on behalf of latecomers or amendment to the statement of claim.

Registration is confidential, free and without obligation.