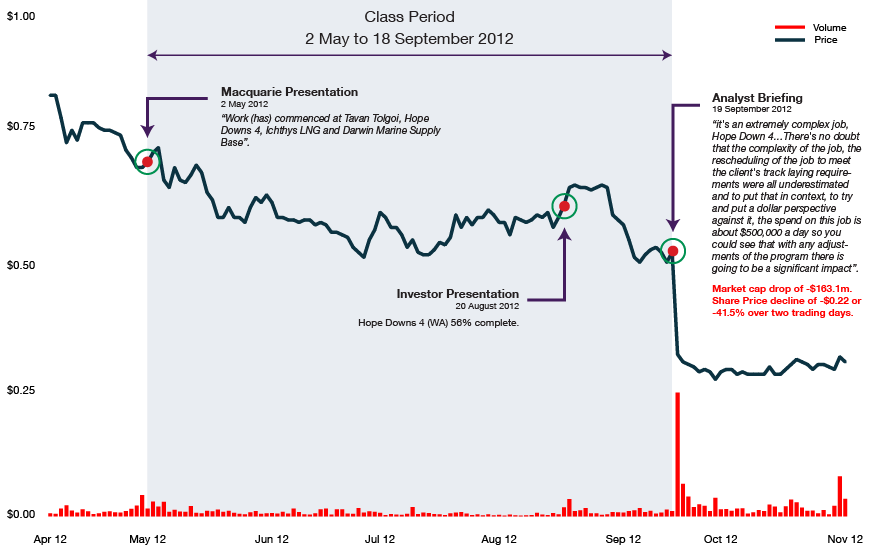 The claim alleged that Macmahon:

Justice Jagot has signed off on a $6.7million settlement in a shareholder class action against mining firm MacMahon Holdings that will see group members get $2.4 million, or 35 percent of the total sum. ACA lawyers, a capped $3 million for its legal costs and disbursements and funder Harbour Litigation Funding a commission of $1.295 million.